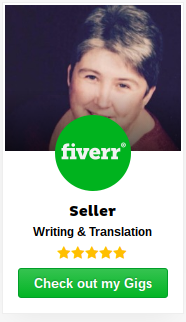 Sorry about the absence from posting but I found something new!

I found Fiverr.  After all of my research on digital sewing patterns over the past year, I felt I had a future dealing with digital patterns but I had no idea how.  I researched patterns, tested patterns, and wrote patterns.  I feel I have a lot to say about what makes up a good pattern and there are so many patterns out there in the digital world that fall very short. On a whim, I listed my services as a digital sewing pattern proofreader and editor.

Within three days, I had a client…..an honest-to-goodness paying client!  Several edited patterns later, I feel like I have found my niche.  Now, let me explain.

The sewing/quilting/craft publishing world is very different as I have learned from my research.  Patterns are proofed and edited only at the discretion of the author/designer.  Patterns are often sent out to pattern testers whose responsibilities are to construct the item in the pattern.  These testers are generally home sewists who concentrate on the construction and pattern accuracy.  They are not interested in terminology, consistency, or checking for important details that will make the pattern much more usable for the consumer. That is where my service comes in to play.

There are many details that make up a good sewing pattern and we all know that the quality of a pattern will lead to sales for the designer.  For example, does the .pdf pattern print accurately, does it include an accurate list of materials that are required to construct the garment or the bag or the stuffed animal?  Are all tools required in the creation of the item listed or does the consumer reach page 4 of the instructions to be stopped by a need for a sewing notion that was completely unexpected? Does the designer refer to the leg in the assembly instructions but have the leg labeled as “lower limb” on the pattern pieces?  If one doesn’t think that is a problem then one only has to go as far as the closest sewing community on Facebook to gauge sewists frustration with poorly written patterns.

Anywho, I love it!  I have a passion for it and a sincere desire that more pattern designers would hire an editor or proofreader (any proofreader, not just me) before they post that .pdf pattern out there on the web.  I’ve purchased several patterns that had never been proofed.

A 50-something caught between creativity and technology -- I'm a person who loves to sew but also loves technology and all of its possibilities. View all posts by Aleeah McGinnis

This site uses Akismet to reduce spam. Learn how your comment data is processed.